Life caught up with us in 2014-2015 and we never had a chance to fully travel like we used to, take photos and write about them. After almost 2 years in Japan, we headed home to the Philippines and together with it, routines and circumstances changed. In effect, we were not able to travel as much as we wanted and had been holed up here in our newly found haven for the time being, Tagaytay City.

I just want to compile some photos of what little travel we did the past year or so, aside from a spur of the moment nostalgic trip to Japan last December 2015, which lasted for a month, nothing much really happened. A few beach trips here and there, some road trips, rock climbing and mostly getting stuck behind our monitors was the story of our life in 2015. Oh, and of course, we started cooking real food, baking and eating healthy.

When we decided to come back home in 2014, we actually decided that we will stay in Boracay Island for at least a year, who wouldn't want to stay, work near a beach like this? 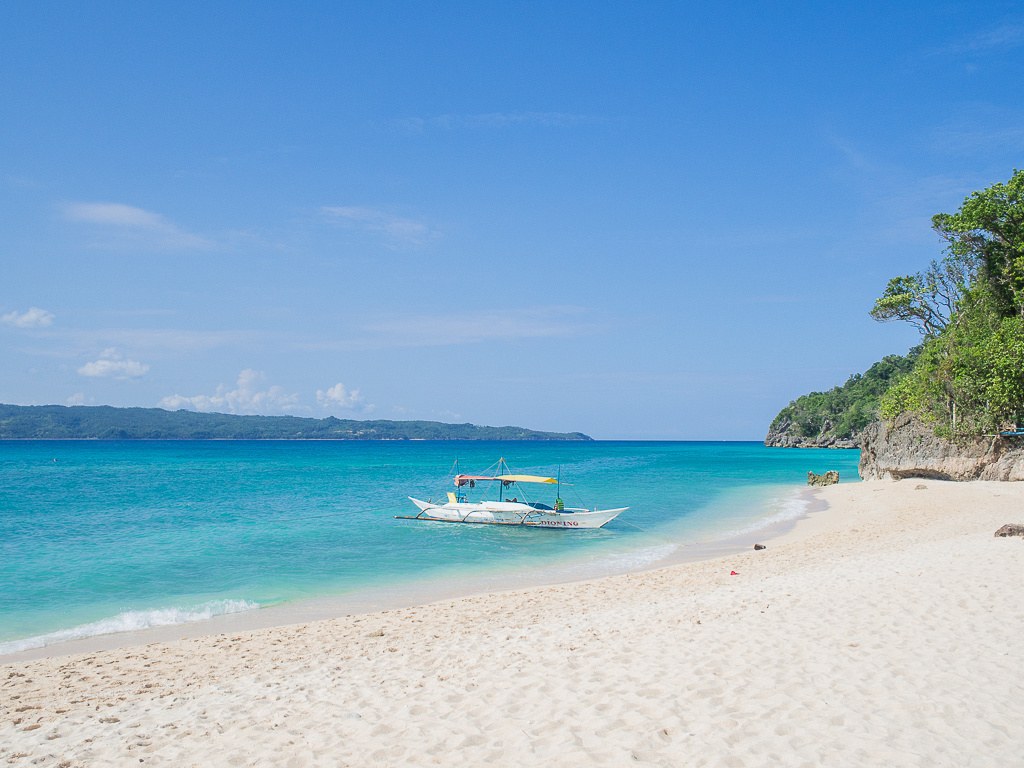 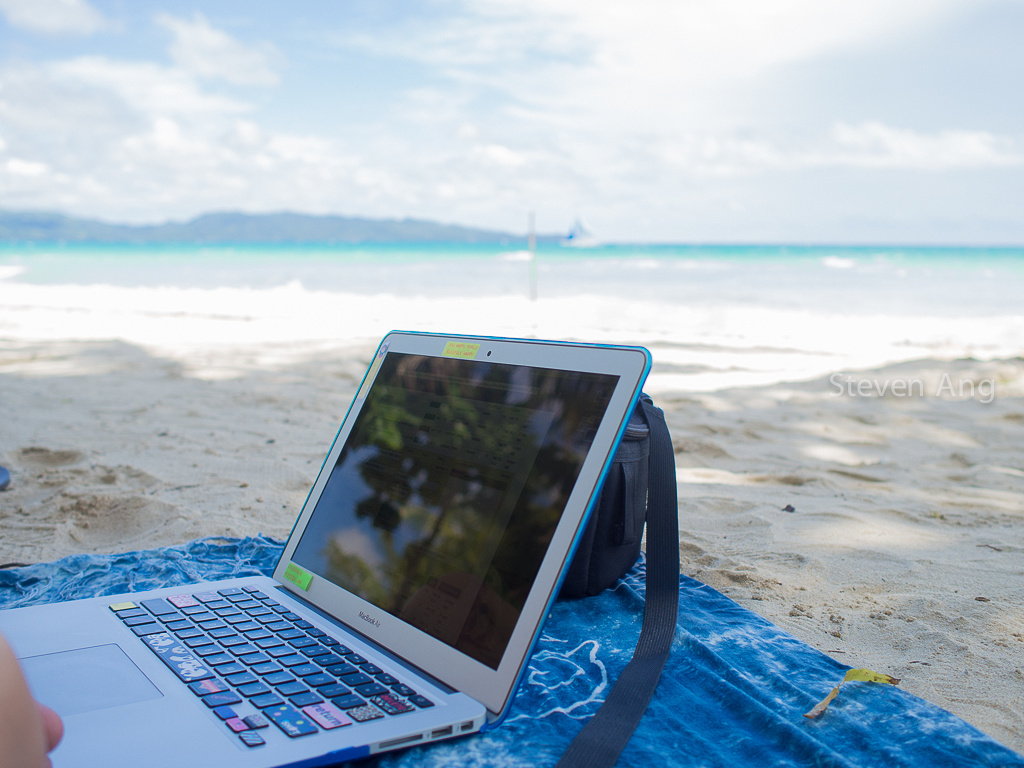 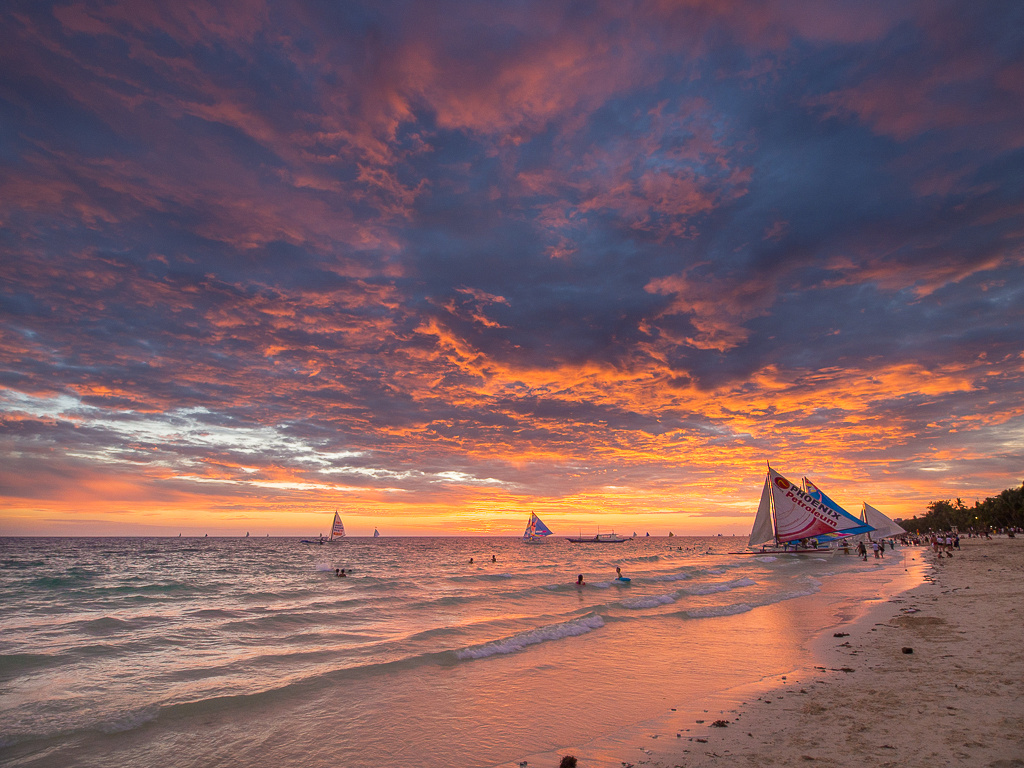 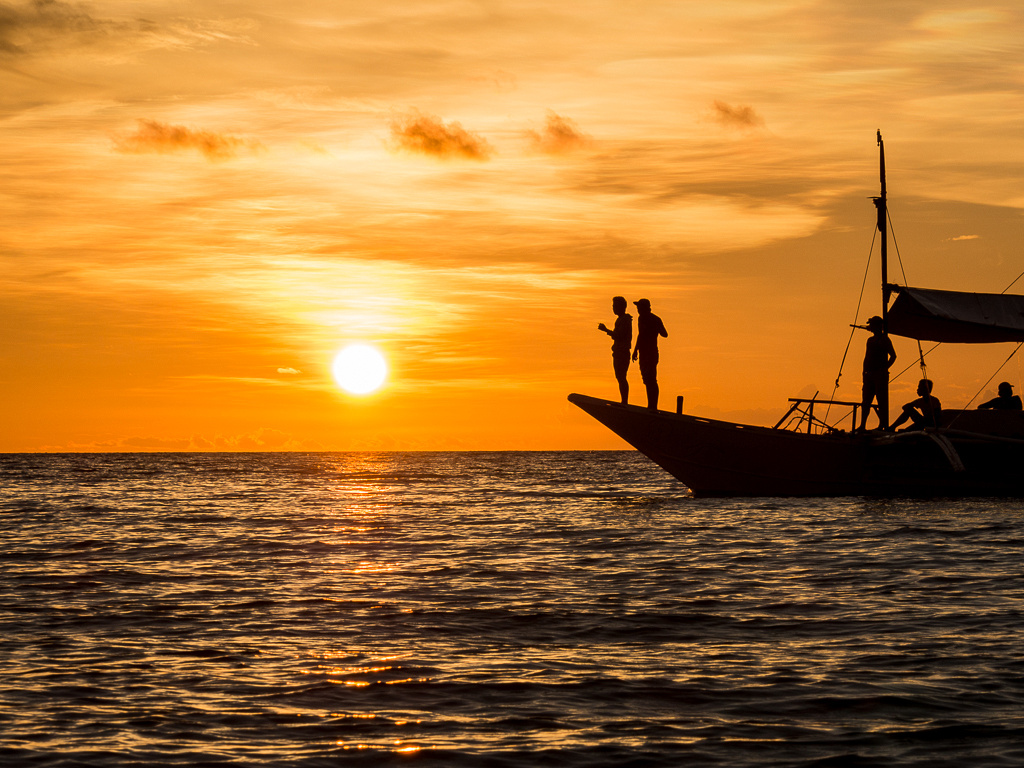 We did stay for 2 months in Boracay but as reality would have it, the internet sucks big time, we rely very much on the internet for much of our income since coming home and we need stable internet connections. Alas, Boracay was no better than anywhere in the Philippines, some areas have fantastic 4G signal from Smart Telecommunication but other areas have zero coverage, our rent was outrageous... even more expensive than our place in Japan, it's nice though but just not practical enough for us to stay for a whole year.

So we packed up and headed back to Cavite, we did not last long there... we were longing for a quieter place like what we were used to, we used to live in Cebu, then Japan and then Boracay so living in Cavite was a bit too crowded for us to begin with. We searched for places where we thought we could set up base again and along the way we ended up acquiring properties, one in a golf course in Silang and another in Nuvali, Sta. Rosa, Laguna but since both are not ready for occupancy yet, we ended up in Tagaytay, which is not bad at all. Almost 2 years later, we are still here :)

A very good friend of mine let us use his spare car for a few months, which we used to do some day trips around Tagaytay City. We were able to explore the historic town of Taal, with its gigantic church among others. 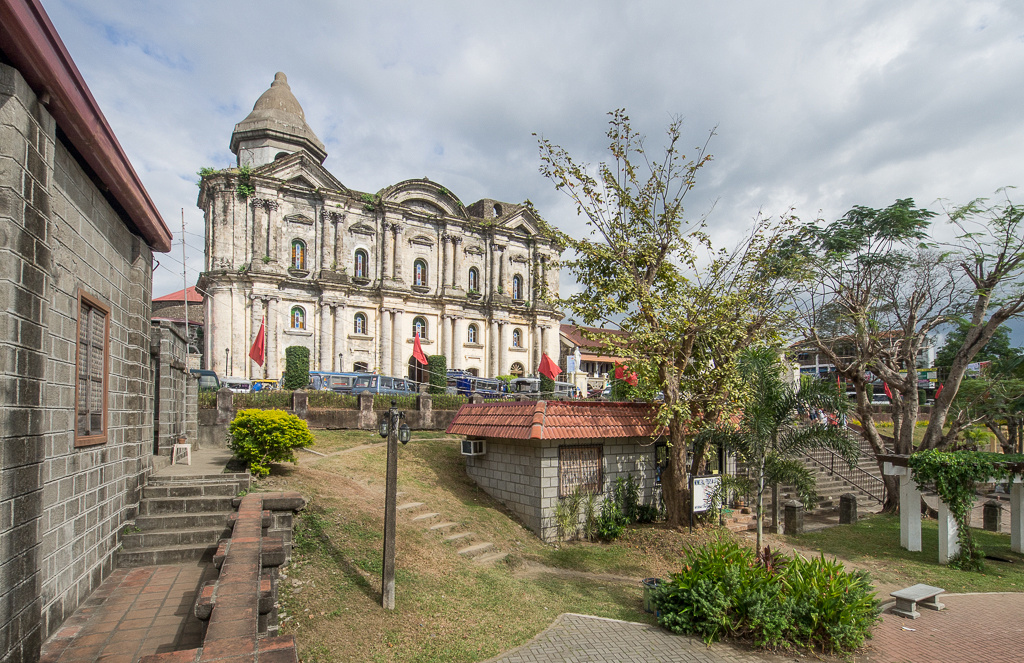 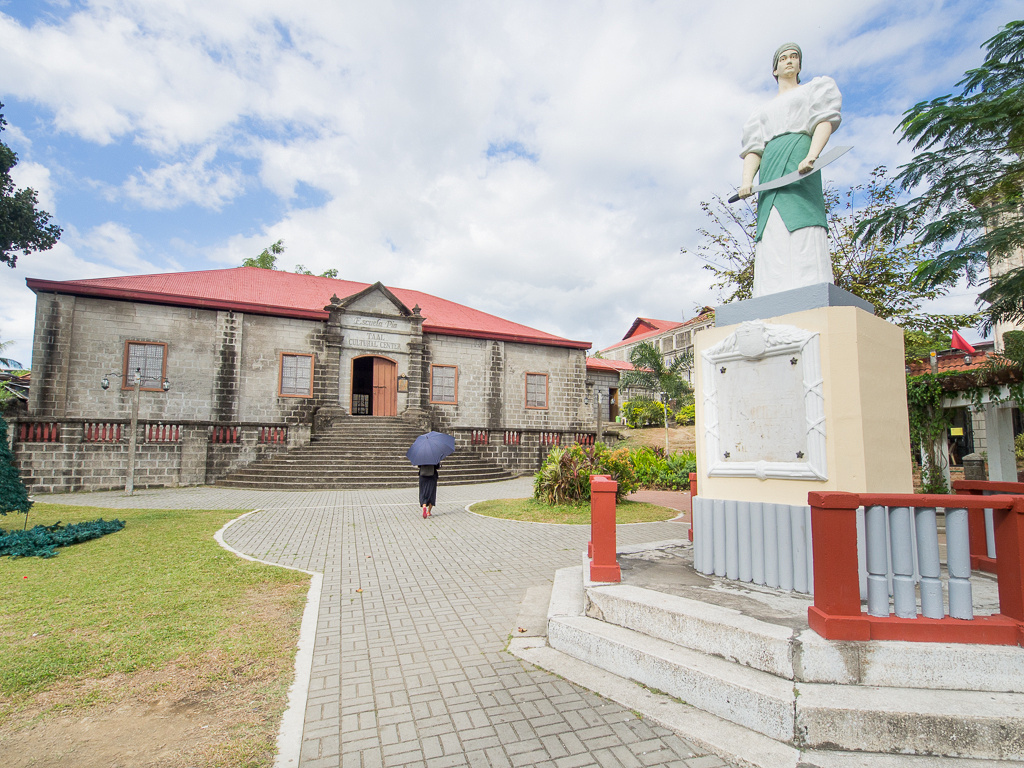 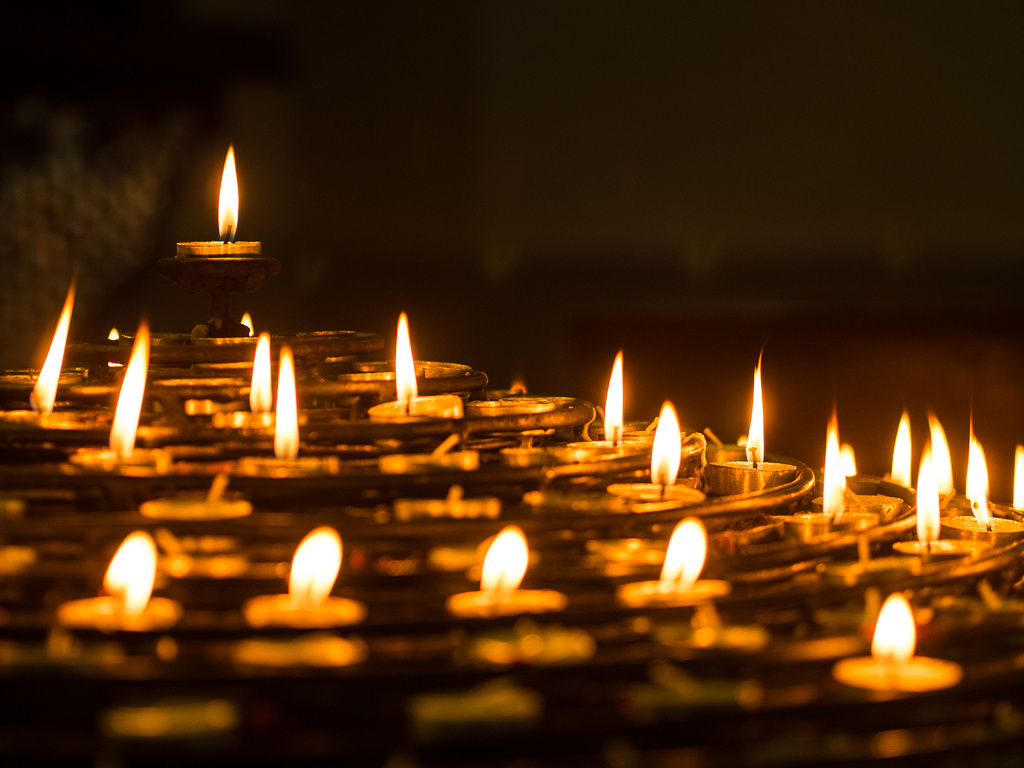 In February 2015, we headed to Romblon, Romblon for some much-needed beach trip... we have been to this place a couple of times since this is where the GF's roots came from. Tiamban beach is likely the closest beach resort to the city center, Bonbon beach is a bit closer and more picturesque but there's no huts nor any kind of facilities there, besides you can walk from Tiamban to Bonbon too during low tide. 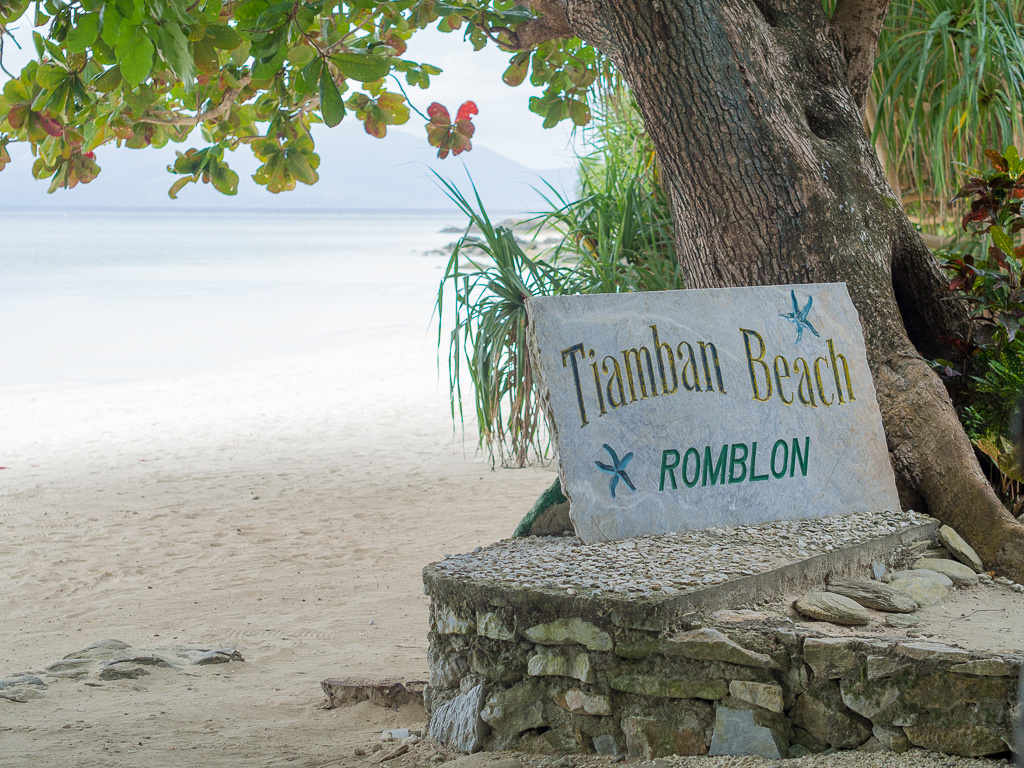 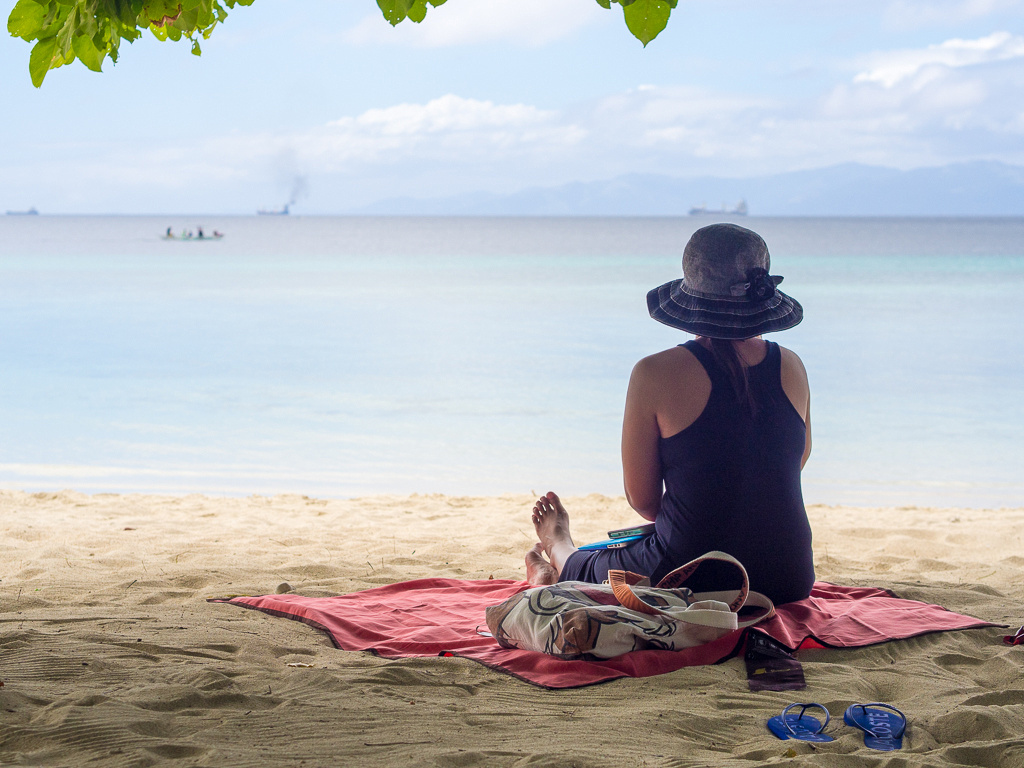 GF staring out into the sea 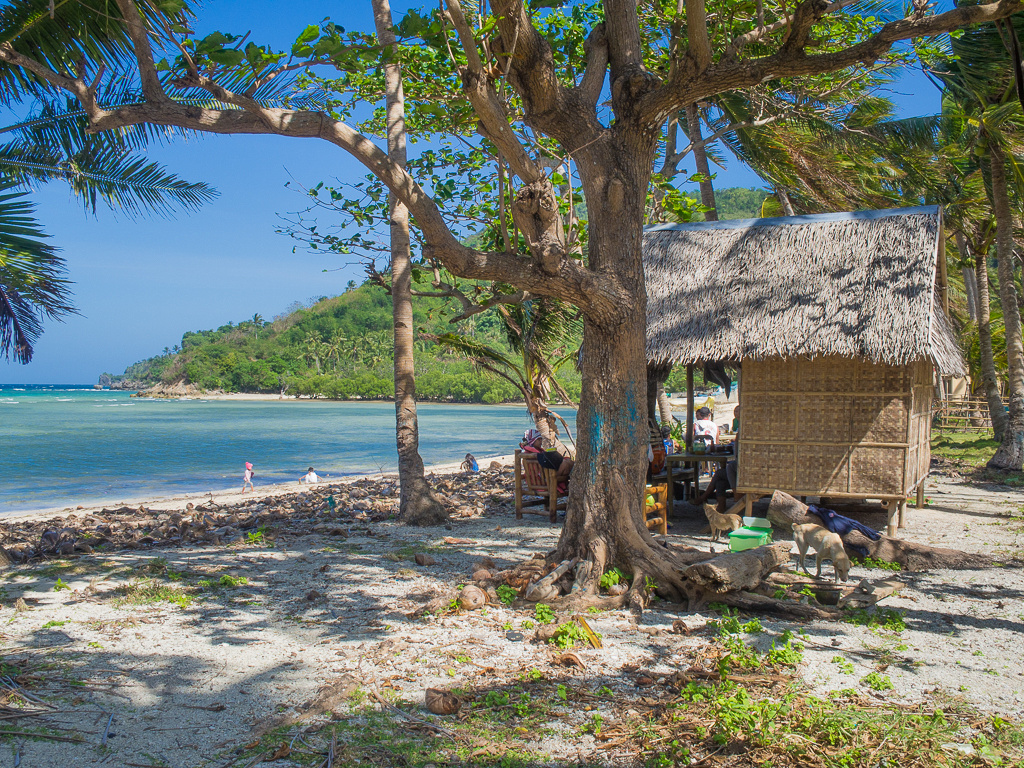 Our hut in Alad, very windy 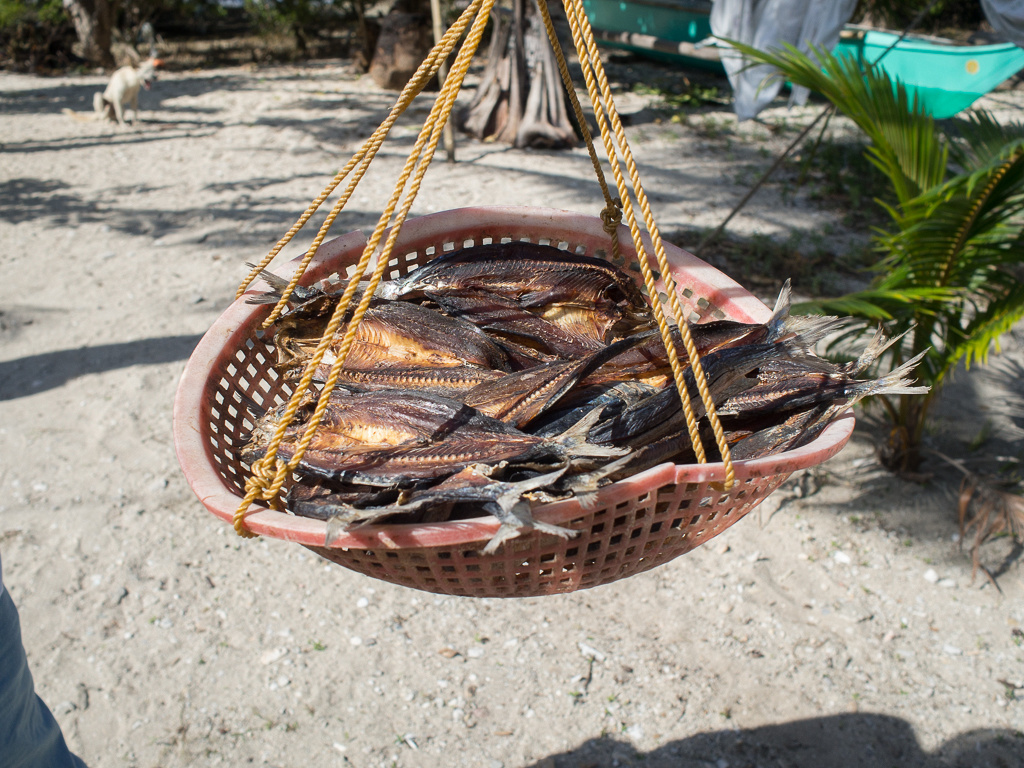 Dried Fish in the sun, Alad 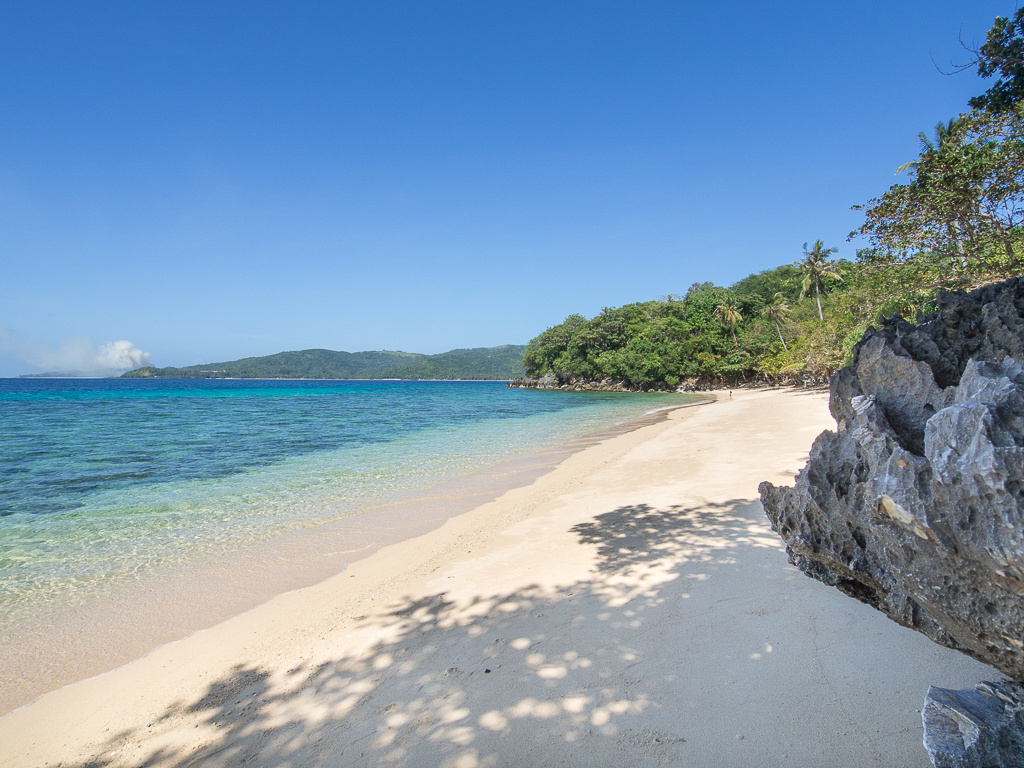 Then after our trip there, nothing much happened for a few months, we were just stuck in Tagaytay City... then came October 2015 and we were back in Romblon again. The highlight of our trip, this time, was when we headed to Logbon Island, a big island right in front of Romblon, Romblon... we have been here before but we had more fun this time around. 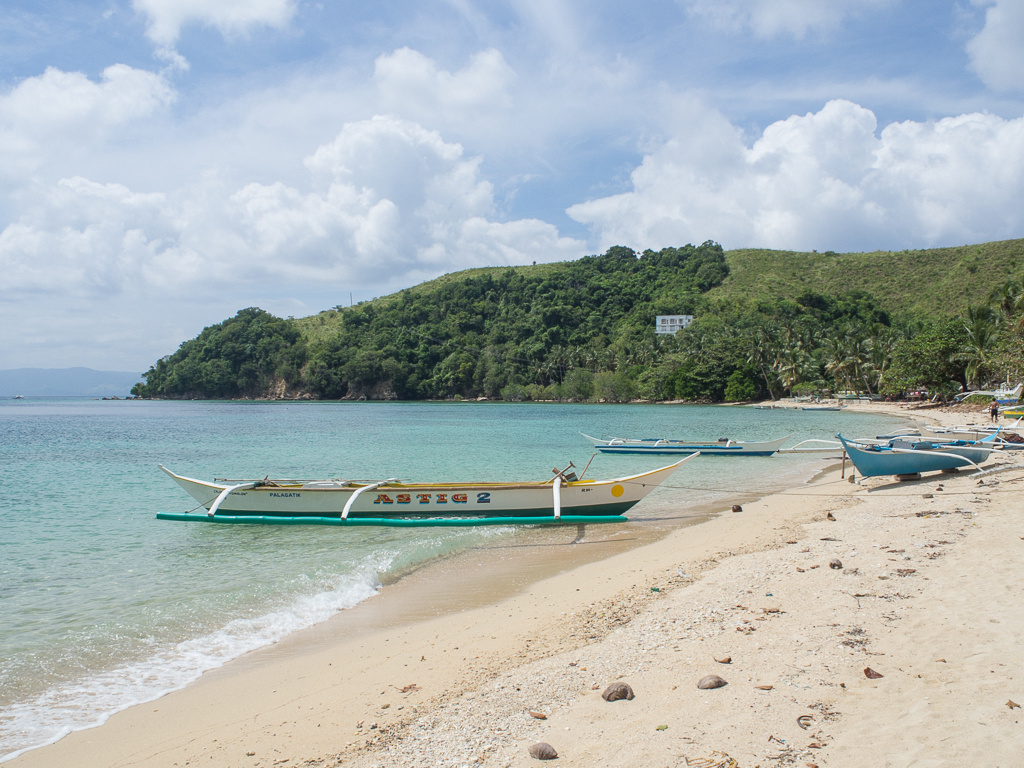 While at the beach, we can't help but notice the white structure at the far end of the beach, it's unusual to see such a nice structure on an island with no electricity, no roads and no motorized vehicles of any kind aside from motorize pump boats. We were told that it's an abandoned house built by one Manoling Morato. We can't resist the urge and headed there and checked it out. The walk up the house was steep but once we got there, it was breathtaking. 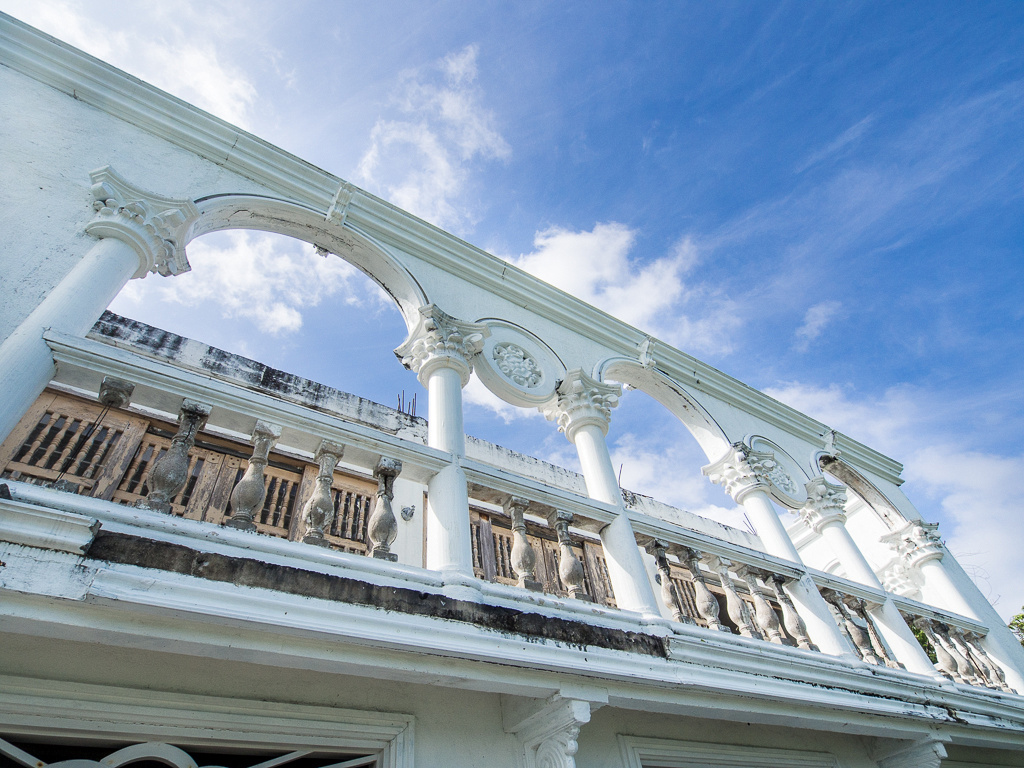 Once you get up there, this will greet you, the structure's facade. 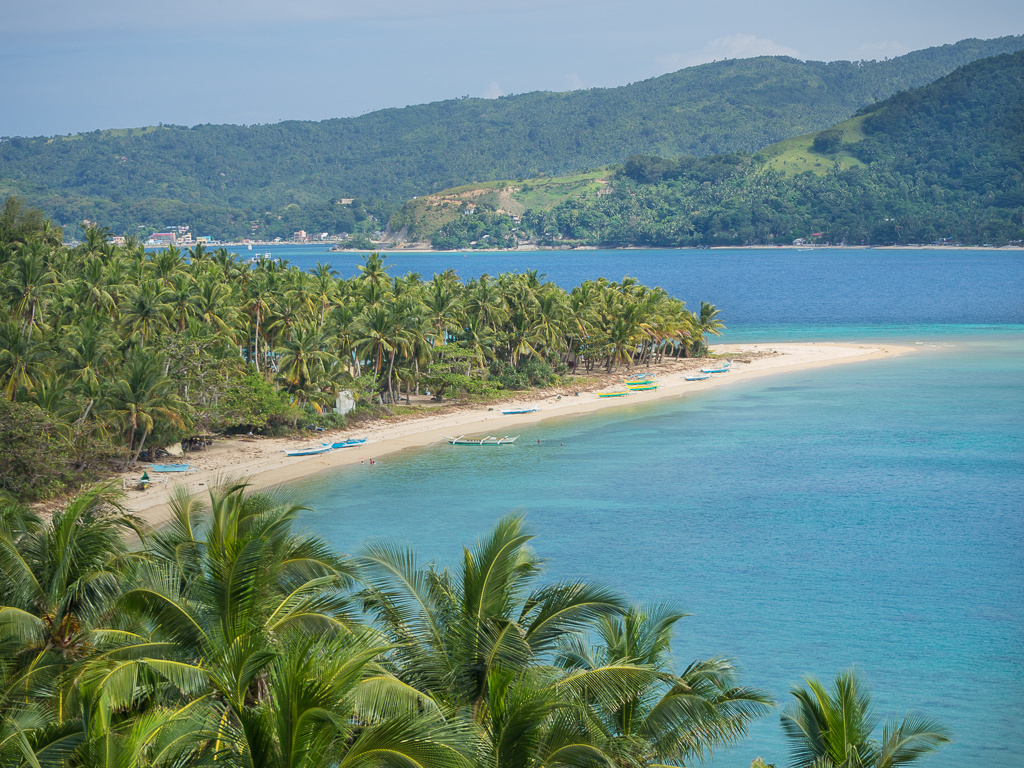 View from the terrace, Logbon beach 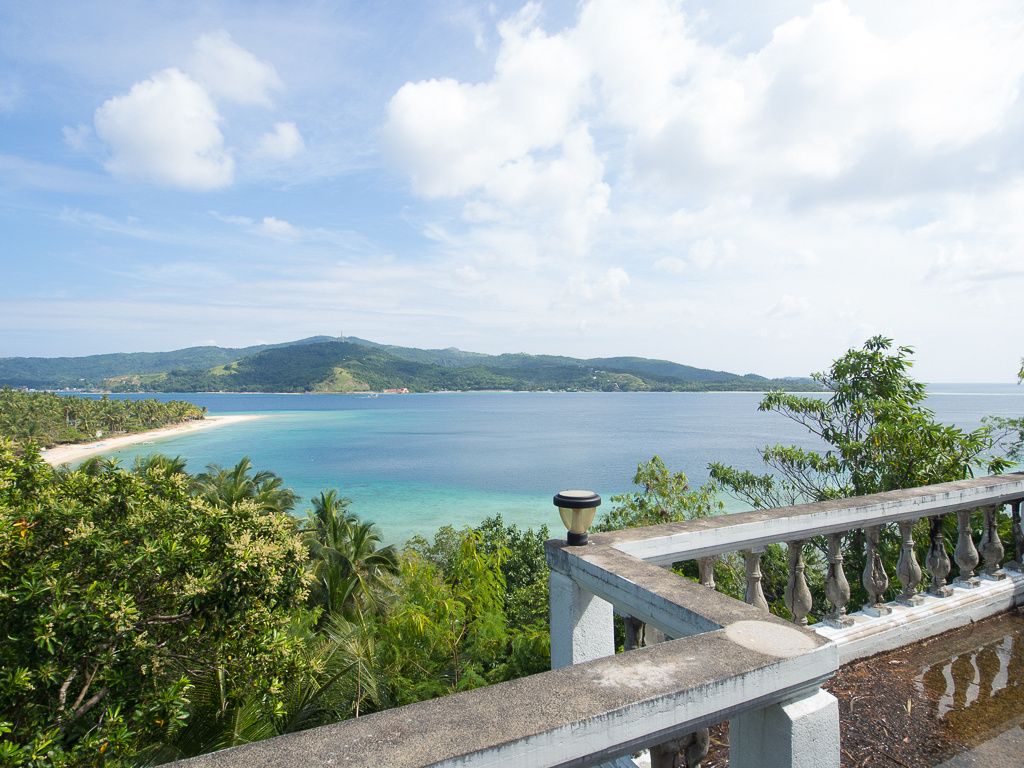 Another view from the terrace, it's so beautiful! 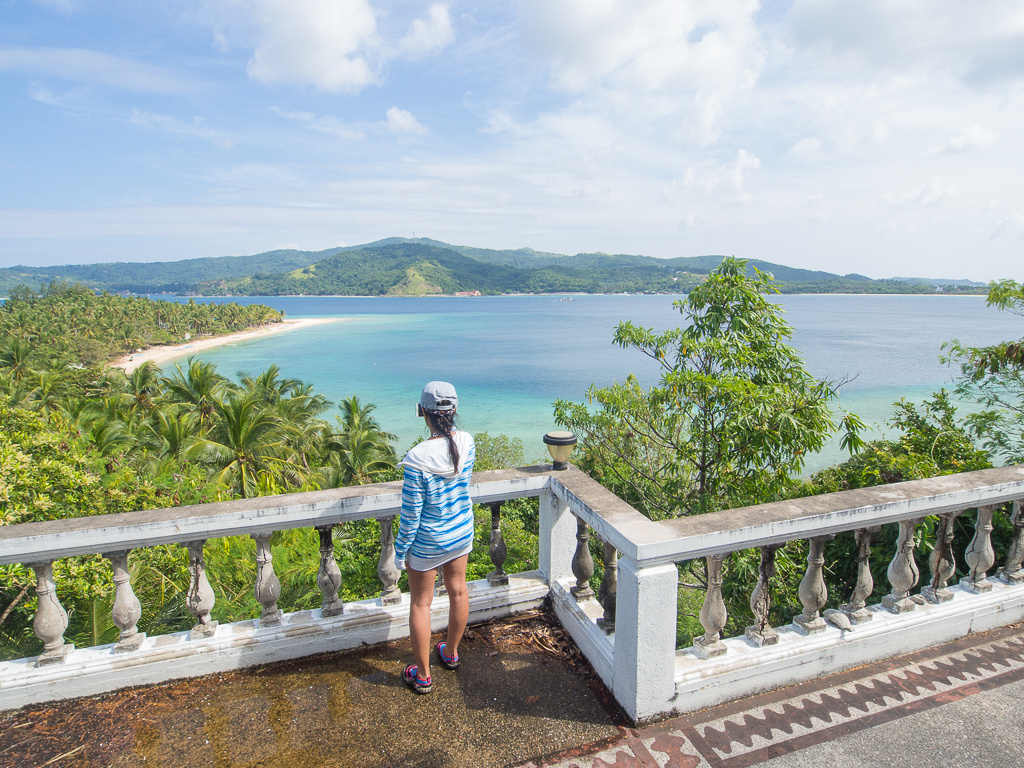 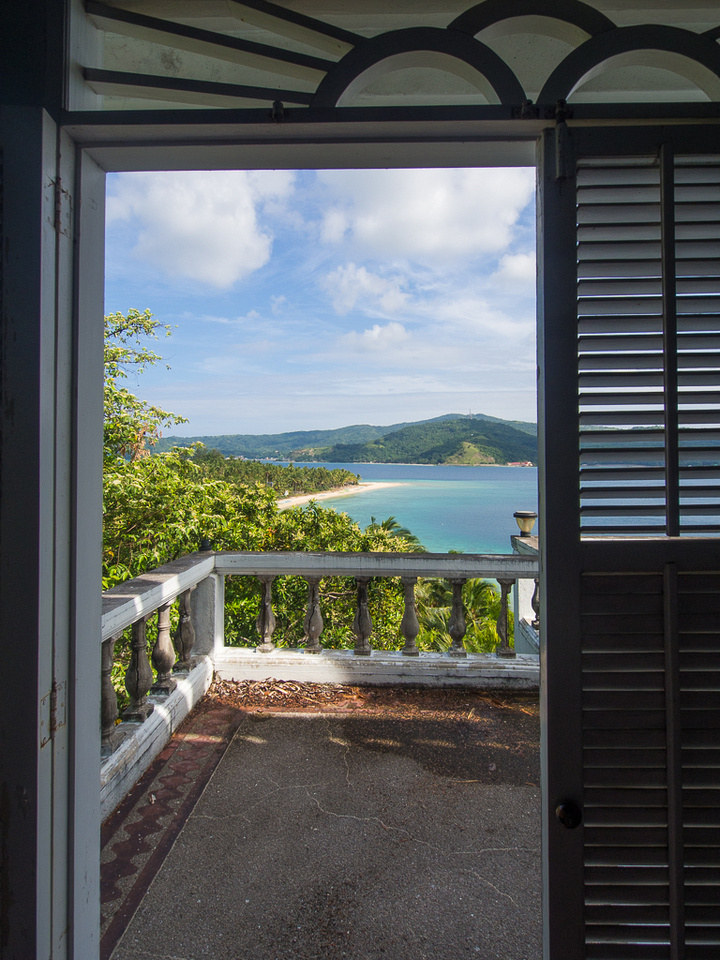 It's definitely okay for me to wake up to this view every day... 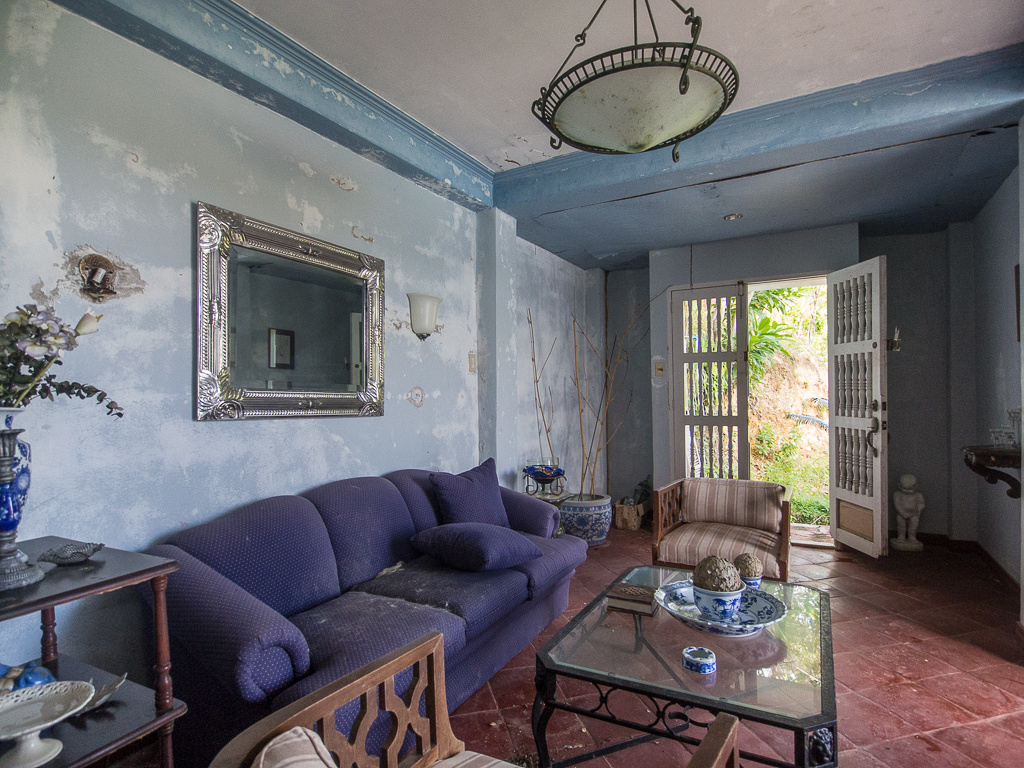 Living area, with everything left intact... time eating away on the furnitures. 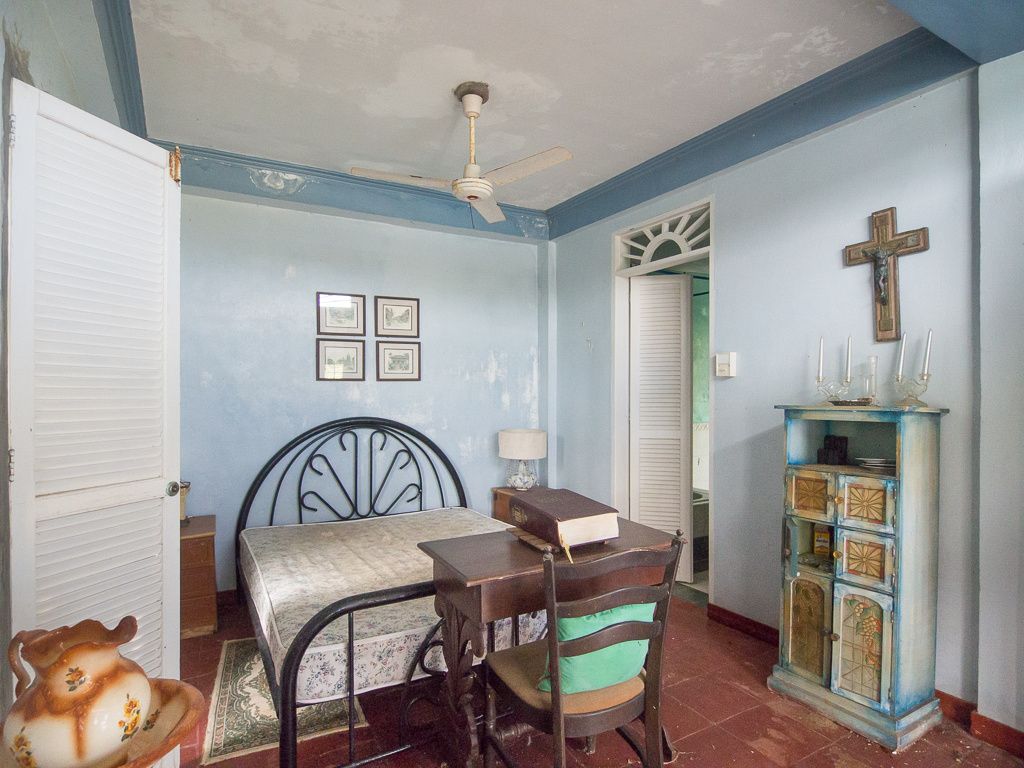 One of the bedrooms in the house, notice the large Bible at the table.

This is one of the most beautiful places I've been and sadly it's abandoned...

After our trip to Romblon, we thought that was it for our 2015... right at the end of the year, we thought we should try and apply for multiple entry visas to Japan so we can go there anytime we want in the future. As luck would have it, we both got 5-year multiple entry visas, which will allow us to not only go to Japan anytime for the next 5 years but also gives us a chance to go there during the Olympics in 2020. How awesome is that?

But then that's still 5 years away, and we wanted to use our brand spanking new visas immediately (excited much?) so off we went to Japan. It was nostalgic, to say the least, but I have yet to upload my photos from that trip. I'll cover the entire trip in a separate post instead.